You can do it: NFP aged care provider putting people back into their own homes 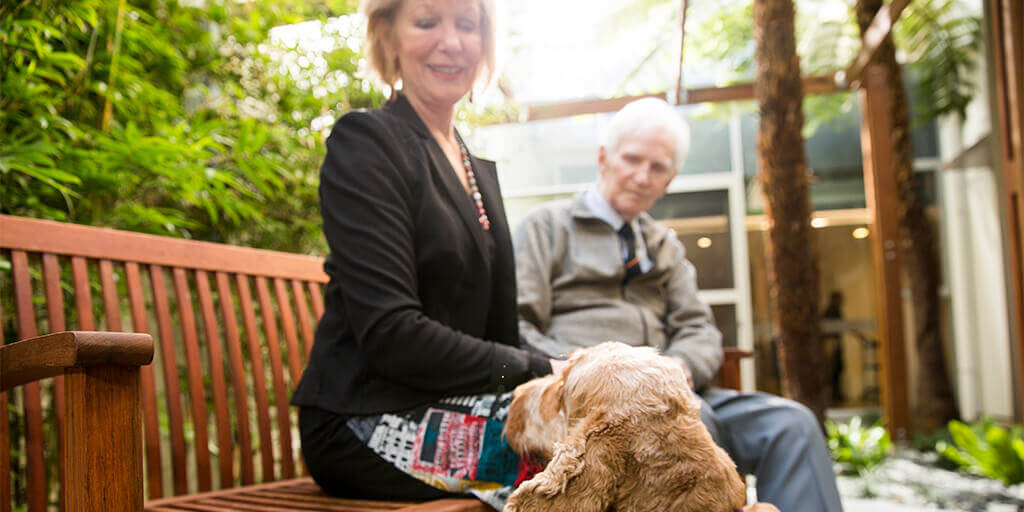 A rehabilitation and restorative health program run by one of South Australia’s largest aged care providers is bridging the gap between hospital and home and providing solutions to help older Australians continue to live independently for longer.

Opened in 2014, ACH Group’s ViTA facility in the Adelaide suburb of Daw Park has delivered services to over 1500 Australians in their seventies, eighties and nineties, who typically spend between five and 12 weeks there.

Vita is a Latin term meaning ‘life’ and the program’s name was chosen to reflect ACH Group’s raison d’etre since its inception in 1952: to support older people to live good lives.

The over-arching goal of ViTA, in line with the values of its not-for-profit parent organisation ACH, is to delay entry into higher levels of care. Individuals who remain in their own homes typically have higher levels of social and emotional wellbeing and their doing so represents a saving to healthcare and social services budgets.

ACH estimates an additional 100 people a year have returned home, rather than enter a nursing home, because of the ViTA initiative.

They include Adelaide resident Violet Dawson* who spent 10 weeks in the facility last year, after suffering a stroke in hospital while undergoing a cardiac procedure.

Upon admission to ViTA, she required a stand lifter and wheel chair but intensive physiotherapy and occupational therapy, coupled with 24-hour nursing care, saw her regain mobility. The centre provided carer training to her husband Graham*, sent therapists to the family home to recommend modifications and supervised her transition home with a community care support package.

ACH Group has forged close ties with Flinders University, SA Health and the Commonwealth Departments of Health and Social Services and plans are in train to replicate the ViTA model at two more Adelaide locations by 2019.

There are currently around 200,000 residential aged care placements in Australia. According to ACH Group, each one costs the federal government about $65,000 per resident a year in addition to the individual’s contribution, which comprises a bond and 85 per cent of their Centrelink age pension.

In-home or community care costs the government less, at an average of around $50,000 a year per recipient, less their contribution of 17.5 per cent, and supporting more Australians to access this model benefits both individuals and the country’s bottom line.

Collective willingness to look beyond the conventional has been the key to ViTA’s success, according to ACH Group chief financial officer Michael Elias.

The program had its genesis eight years ago when ACH Group’s then CEO and a clutch of senior executives embarked on an overseas study tour to explore new models of residential aged care in Europe and the US.

“ViTA is really an amalgam of the good bits of each of the innovative things they saw happening around the world,” Elias says.

“Very few of us aspire to entering a nursing home. As a not-for-profit service provider, our mission has always been to support older people to live good lives and ViTA is consistent with that.

“It enables people to re-energise, increase their health and wellbeing, rehabilitate and go home to continue leading productive and active lives whenever possible.”

Teaming up with SA Health and Flinders University from the get-go has resulted in the concept of ‘integrated care’ being not merely talked about but put into practice.

“We have care workers and nurses working side by side with doctors and allied health professionals and learning from each other,” Elias says.

“There’s been no single person or entity taking the lead; it’s been a true partnership with a strong focus on progressive, dynamic teaching and research and high quality service.

“Everyone’s invested and looking for an outcome and the big outcome we’re all looking for is quality of life.”

Long-standing ties with a financial institution which was prepared to throw its support behind an untested model helped ensure the project’s smooth evolution from clever concept to bricks and mortar reality.

ACH Group has been a NAB customer since 1952 and, over the decades, the two organisations have forged a relationship characterised by good faith and shared values.

“We see similarities between ourselves and the bank – we both invest in the community and really want to ensure that our community and society prospers,” Elias says.

“We built a new facility for an innovative service which just didn’t exist three years ago, anywhere in Australia. Every dollar that went into that project was funded by NAB. They understood the ViTA concept and the vision. They accepted it, treated it as a low risk and it’s proven to be correct and now we’re talking to them about building another two.”

Collaborating with clients to develop innovative solutions is the remit of NAB’s specialised team, according to head of corporate health, John McCarthy.

“ACH Group sat down with us when ViTA was in its infancy, explained their vision for the project and why it was important for the future of the sector,” McCarthy says.

“Aged care as we know it is evolving and we’re seeing a growing focus on keeping people in their homes for longer. As the sector transitions through this change there’ll be an increasing requirement for financiers to think outside the square.”

New strategies for keeping seniors out of hospital

Australian food icon Maggie Beer is on a mission to ensure our elders living in aged care homes enjoy the benefits of beautiful, fresh, wholesome food served with care – and she’s doing it by harnessing the passion of those already in the industry leading the way.

Building sustainable relationships for care in the home

Demand for in-home care is booming, but it’s a competitive business. Find out what you can do to help you succeed.

Dr Jesse Green’s first dental practice burnt him out. Now he’s got the formula for less stress and more profit, and he’s sharing it.

Starting a business or looking to expand? Our range of business loans and finance options can help you achieve your goals.

Find the right finance solution for your vehicle and equipment needs.

Take your payments online with ease, with NAB's range of merchant products and services. Find the business solution that's right for you.

OUR SPECIALIST TEAMS ARE HERE TO HELP

Have us call you
Request a call back